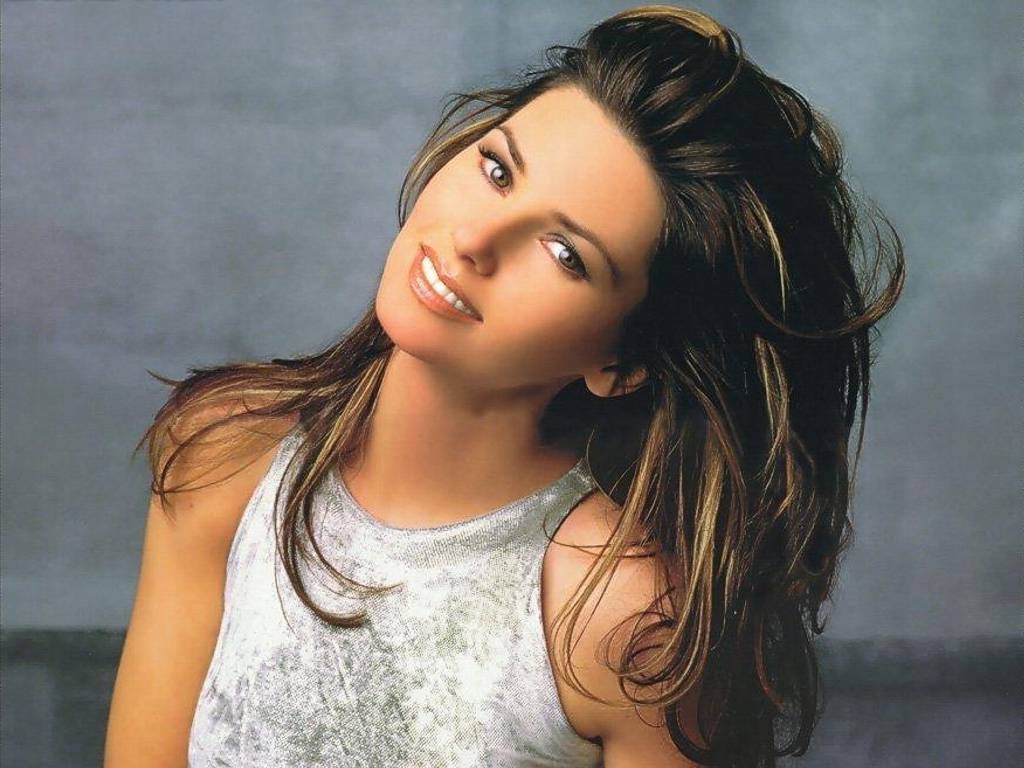 Shania Twain (born as Eilleen Regina Edwards; August 28, 1965) is a Canadian country pop singer-songwriter. She rose to fame in the mid 1990s with her album The Woman in Me (1995), and achieved worldwide success with her 1997 album Come On Over, which became the best-selling album of all time by a female musician in any genre, and the best-selling country album of all time. It has sold over 40 million copies worldwide and is the 9th best-selling album in the U.S. Her 4th album, titled Up! was released late 2002. To date it has sold 20 million copies worldwide.
A five-time Grammy Award winner, Twain has also achieved major success as a songwriter, winning 27 BMI Songwriter awards. Twain is one of the only female musicians to have three albums certified Diamond by the Recording Industry Association of America and is also the second best-selling artist in Canada, behind fellow Canadian Celine Dion, with three of her studio albums being certified double diamond by the Canadian Recording Industry Association. Twain has sold over 80 million albums worldwide, and is ranked as the 10th best-selling artist of the Nielsen SoundScan era. She was also ranked the 72nd Artist of the 2000-10 decade by Billboard. Most recently, Twain will have her own series, Why Not? with Shania Twain, that premiered on the OWN on May 8, 2011. She received a coveted star on the Hollywood Walk of Fame on June 2, 2011 in recognition of her star-studded career.
Categories: Babe, Brunette, Celebrity, Famous, Mature, Singer
Show Only: Wallpapers, ALL