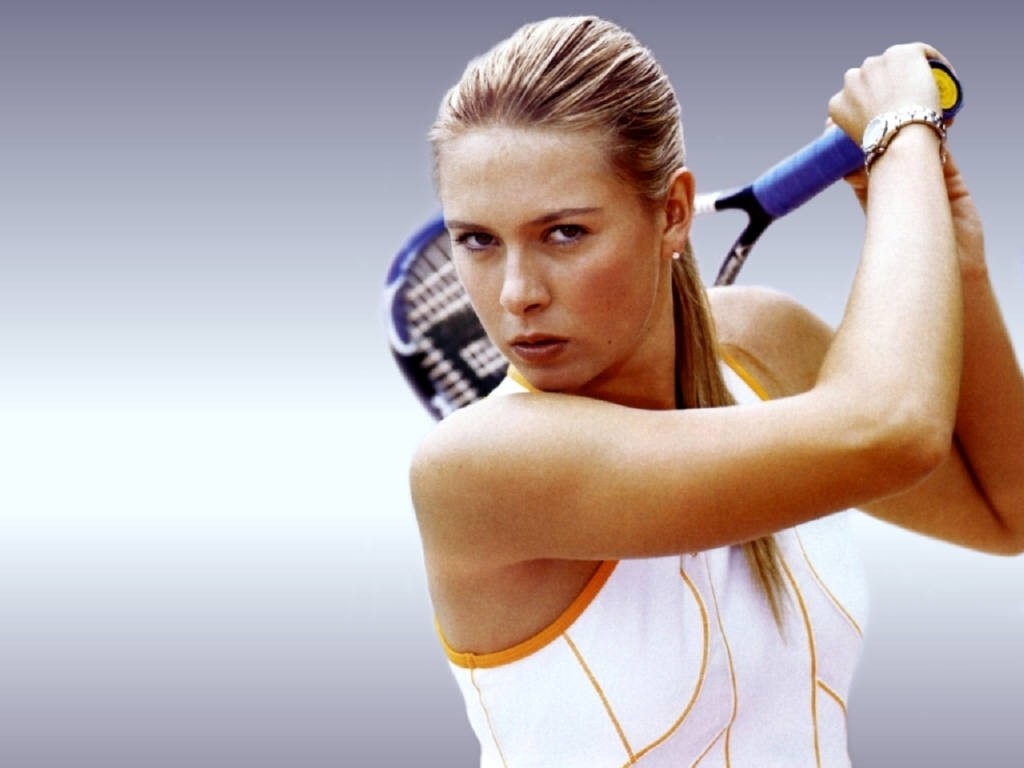 Maria Yuryevna Sharapova (born April 19, 1987) is a Russian professional tennis player and a former World No. 1. A US-resident since 1994, Sharapova has won 23 WTA singles titles, including three Grand Slam singles titles at the 2004 Wimbledon, 2006 US Open and 2008 Australian Open. She has also won the year-end invitational WTA Tour Championships in 2004.
The Women's Tennis Association (WTA) has ranked Sharapova World No. 1 in singles on four separate occasions. She became the World No. 1 for the first time on Aug 22, 2005 and last regained this ranking for the fourth time on May 19, 2008. She is currently ranked World No. 5. She has been in 5 Grand Slam finals. Her Grand Slam final record is 3-2.
Sharapova made her professional breakthrough in 2004 when, at age 17, she upset two-time defending champion and top seed Serena Williams in the 2004 Wimbledon final for her first Grand Slam singles title. She entered the top ten of the WTA Rankings with this win. Despite not winning a major in 2005, Sharapova briefly held the number one ranking, and reached three Grand Slam semifinals, losing to the eventual champion each time. She won her second major at the 2006 US Open defeating then-World No. 1 Amelie Mauresmo in the semifinals and World No. 2 Justine Henin in the final. Sharapova's 2007 season was plagued with a chronic shoulder injury, and saw her ranking fall out of the top 5 for the first time in two years. She ultimately won her third Grand Slam at the 2008 Australian Open, defeating Henin in the quarterfinals and Ana Ivanović in the final. After reclaiming the number one ranking in May 2008, Sharapova's shoulder problems re-surfaced, ultimately requiring surgery in October and forcing her out of the game for nearly ten months. Sharapova returned in May 2009 and was ranked No. 126 in the world due to her extensive lay-off. Since her comeback, Sharapova has won 4 singles titles (bringing her career total to 23) and improved her ranking to within the top 5.
Sharapova's public profile extends beyond tennis, as she has been featured in a number of modeling assignments, including a feature in Sports Illustrated Swimsuit Issue. She has been featured in many advertisements including those for Nike, Prince and Canon and is the face of several fashion houses, most notably Cole Haan. Sharapova was the most searched-for athlete on Yahoo! in both 2005 and 2008. Since February 2007, she has been a United Nations Development Programme Goodwill Ambassador, concerned specifically with the Chernobyl Recovery and Development Programme.
Categories: Blonde, Celebrity, Famous, Model, Russian, Small Tits, Sport
Show Only: Wallpapers, ALL