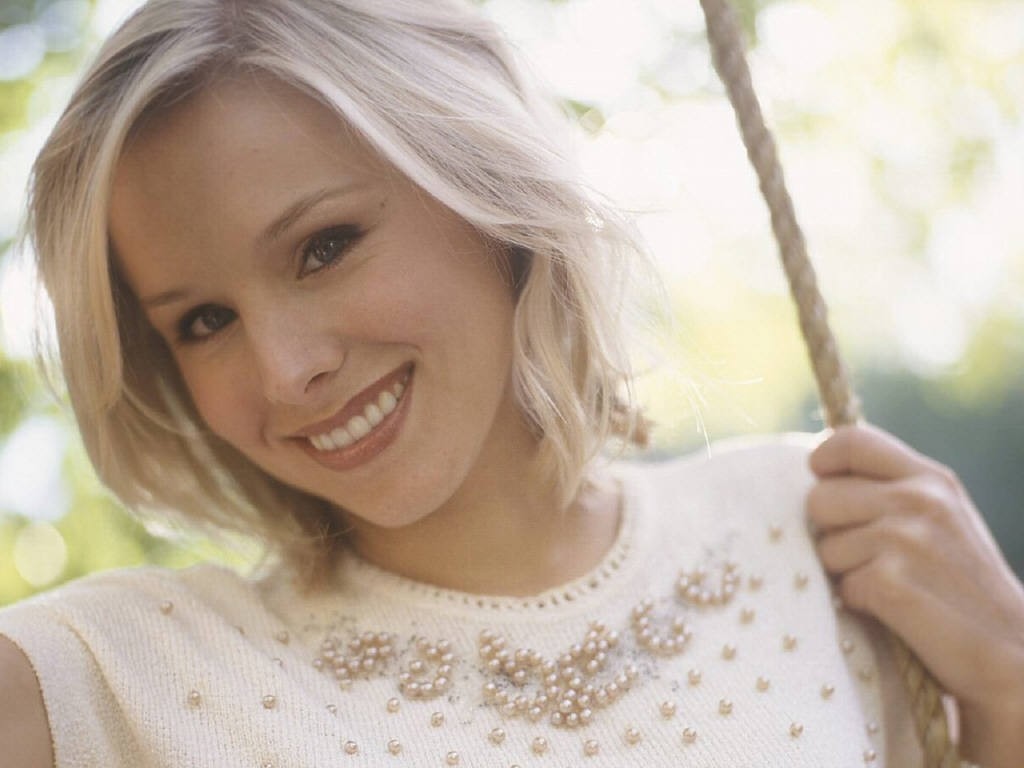 Kristen Anne Bell (born July 18, 1980) is an American actress. Although her first film role was an uncredited appearance in Polish Wedding, Bell previously acted in stage and musical productions. In 2001, she made her Broadway debut as Becky Thatcher in The Adventures of Tom Sawyer. After moving to Los Angeles, Bell landed various television guest appearances and small film parts before appearing in a lead role in the David Mamet film Spartan. She gained fame and critical praise as the title role on the critically acclaimed television series Veronica Mars from September 2004 to May 2007.
During her time on Veronica Mars, Bell appeared as Mary Lane in the film Reefer Madness: The Movie Musical, a reprise of the role she had played in the New York theatrical production of the musical on which the film was based. She also portrayed the lead role in Pulse, a remake of a J-Horror film. In 2007, she joined the cast of Heroes playing the character Elle Bishop, and Gossip Girl as the off-screen titular narrator. In 2008, she played the title character in the comedy movie Forgetting Sarah Marshall. She has since appeared in a number of comedy films, such as Fanboys, Couples Retreat, and When in Rome. Bell was also the voice of Cora in Astro Boy and is the voice and face of Lucy Stillman in the Assassin's Creed video game series. Bell has received a Satellite Award and Saturn Award, and has been nominated several times for Television Critics Association Awards and Teen Choice Awards.
Categories: Actress, Blonde, Celebrity, Famous
Show Only: Wallpapers, ALL