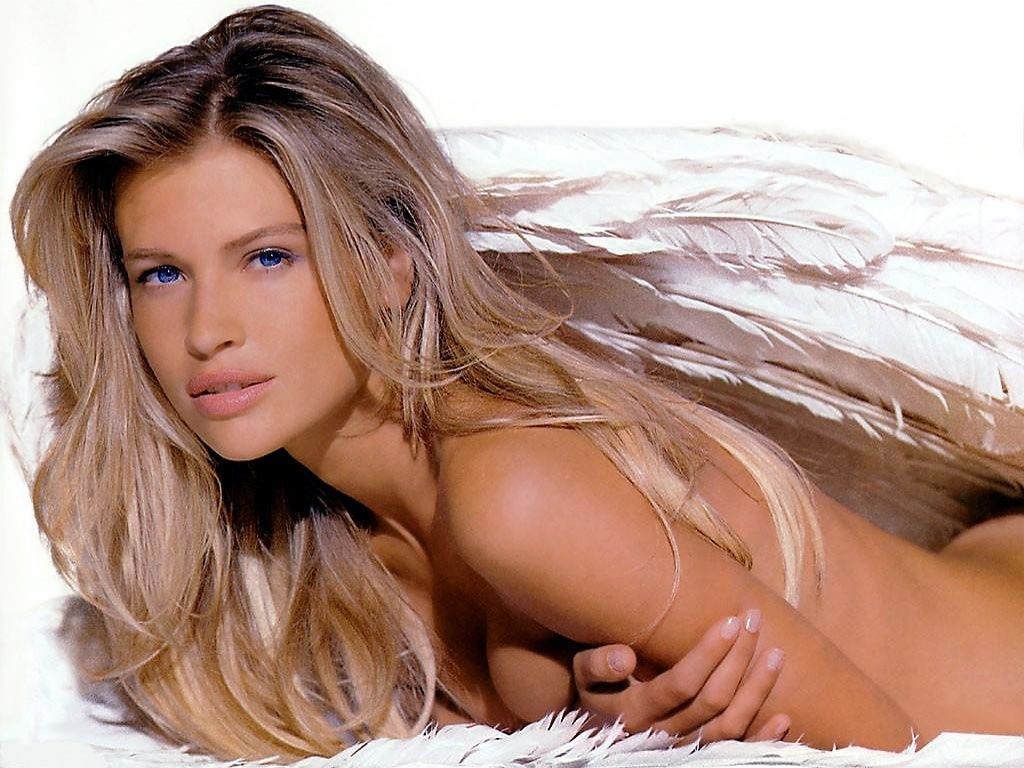 Daniela Pestova (born October 14, 1970) is a Czech model. She was born in Teplice, Czech Republic, and was discovered by the Madison Modeling Agency's Dominique Caffin. She had plans to attend college but after winning a modelling contest she moved to Paris to sign with Madison Modeling Agency. She moved to New York and from there her career took off.
She has appeared on the covers of GQ, Marie Claire, Cosmopolitan, Glamour and ELLE. She has been modelling for the Sports Illustrated Swimsuit Issue for years and appeared on the cover three times, in 1995, 2000 and 2006. In addition to working with photographers on her Sports Illustrated shoots, she was the subject of Joanne Gair's inaugural body painting works as part of the Sports Illustrated Swimsuit Issue. She has modelled for L'Oreal and Victoria's Secret.
Pestova married Tomasso Buti (former CEO of Fashion Cafe) in 1995, but they were divorced in 1998. The couple had a son, Yannick Fausto (b. 1996).
She has a daughter, Ella (b. July 21, 2002) and a son, Paul Henry (b. 2009) with her present partner, Slovak singer Pavol Habera. She was dubbed "The Chameleon" for continuously changing her look.
She speaks Russian, English, French and Italian fluently, as well as her native Czech.
Categories: Blonde, Celebrity, European, Fair Hair, Famous, MILF, Model, Naked, Victoria's Secret
Show Only: Wallpapers, ALL