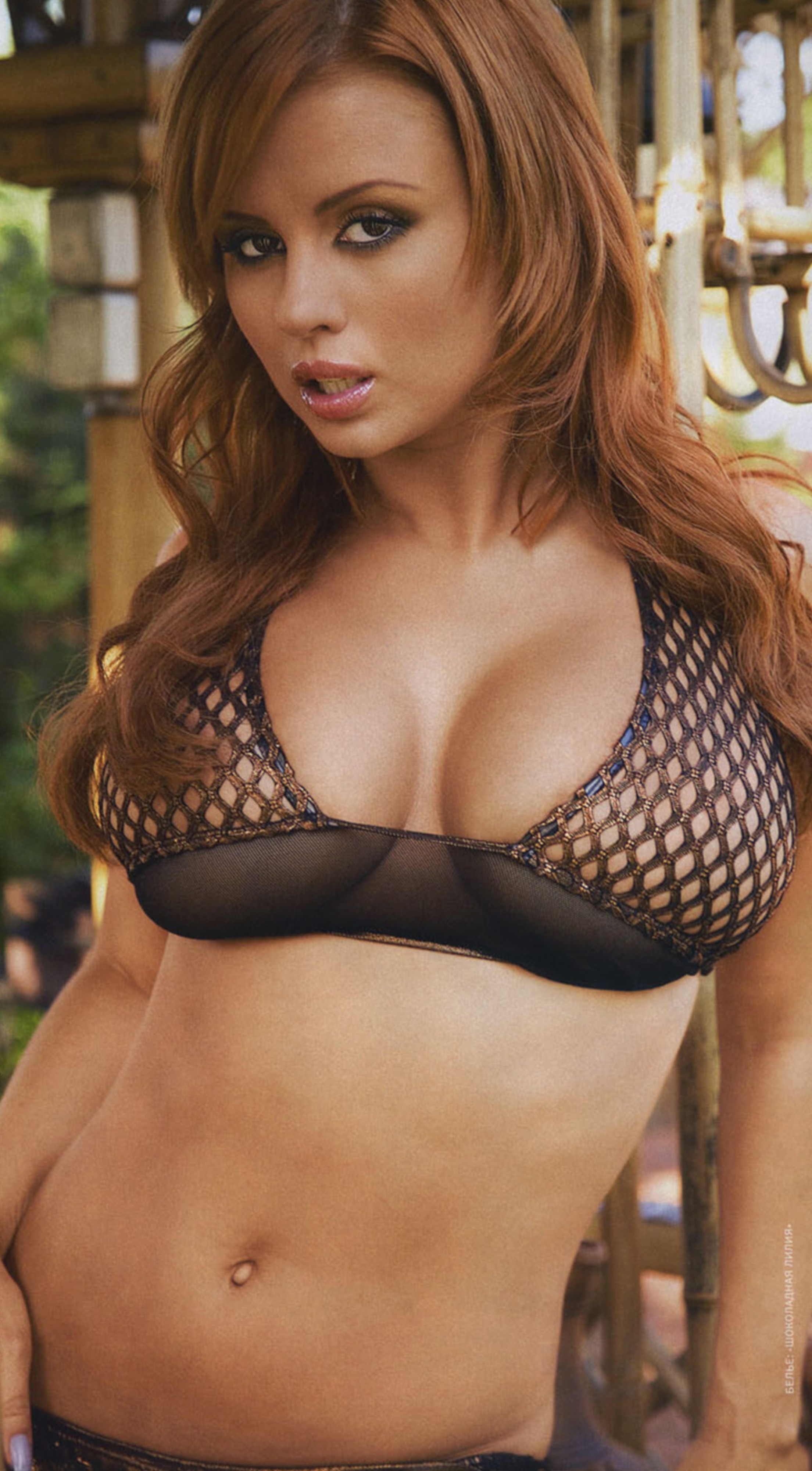 Anna Grigorievna Semenovich (born March 1, 1980 in Moscow) is a Russian retired competitive ice dancer, a singer, actress and model.
She sang with Blestyashchie from 2003-7, when she left to follow a solo career. She competed in Russia in the Eurovision Song Contest 2009.
Early in her career, she skated with Maxim Kachanov. They competed at the 1994 Goodwill Games and placed 5th. She teamed up with Vladimir Fedorov in 1995. They won the Finlandia Trophy twice and competed on the Grand Prix of Figure Skating. The highlight of their partnership was competing at the 1998 World Figure Skating Championships, where they placed 15th. Their partnership ended in 1999 and Semenovich teamed up with Roman Kostomarov for one season. With Kostomarov, she is the 2000 Russian bronze medalist and competed at both the 2000 European Figure Skating Championships and the 2000 World Figure Skating Championships.
Following the end of that partnership, she briefly paired with Denis Samokhin, placing 4th at the 2001 Russian Championships, but was eventually forced to retire due to injury.
Categories: Actress, Big Tits, Brunette, Celebrity, Dancer, Famous, Model, Russian, Singer, Sport
Show Only: HD, Wallpapers, ALL