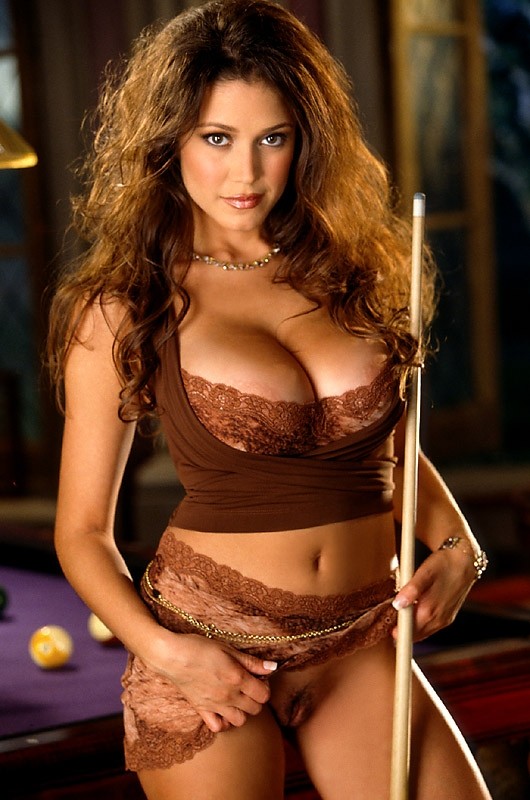 Miriam Gonzalez (born July 8, 1977 in Queens, New York) is an American adult model and Playboy Playmate.
After appearing in numerous Playboy Special Editions, she was named Playboy's Playmate of the Month for March 2001. Together with Brooke Richards, she was one of the first Playmates to appear in Playboy Special Editions before being named Playmate, although the phenomena is more common recently. To some aficionados, her Special Editions work far outshines her Playmate photoshoot. The Special Editions photoshoots emphasize her youthfulness and facial expressions with less image retouching as well as extreme close-ups of as much as one boob per page.
Prior to becoming a model, she was a high school cheerleader and a waitress at Hooters.
She posed for a series of pinup-style photos for websites Pin Up Glam and Pinup Files in 2003 and 2004. She was also co-host of Playboy Radio's The Playmate Hour on Sirius Satellite Radio for several months during 2005 and 2006. Gonzalez has also appeared in numerous Playboy videos, most notably Lascivious Latin Ladies.
In the quote accompanying her credits in the April/May 2005 edition of Playboy Special Editions, she mentioned the possibility of breast reduction surgery to ease back pain. Conversely, she has never had breast implants.
Categories: Big Tits, Brunette, Naked, Playboy, Playmate