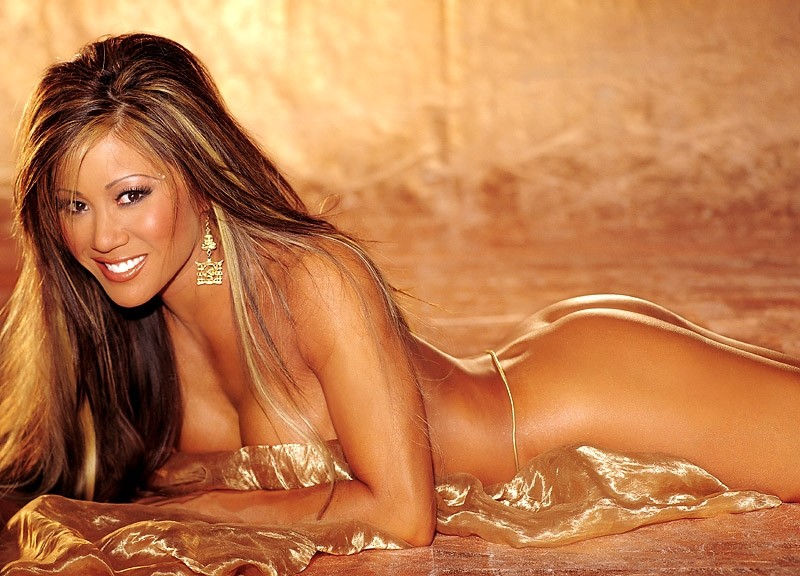 Kiana Tom (born March 14, 1965 in Maui, Hawaii, United States) is an American fitness model, television show fitness instructor, actress and a former member of the Oakland Raiderettes. She is also trained as a virtuoso piano player. Kiana is part Hawaiian, Chinese and Irish. Her name in Hawaiian means “calm water” or "moon goddess".
Since 1988, she was one of the hosts of a fitness instruction television series called BodyShaping. Eventually, she went on to host her own show, Kiana's Flex Appeal which premiered in 1995.
In 2002, Kiana shed her spandex workout outfit as she appeared fully nude in the May 2002 American issue of Playboy, being featured on the cover of the same issue. She has also previously co-hosted the X Games and X-treme Energy and hosted the Fitness America Pageant Series.
Categories: 90's, Asian, Big Tits, Brunette, Celebrity, Famous, Mature, Model, Naked, Playboy, Sport