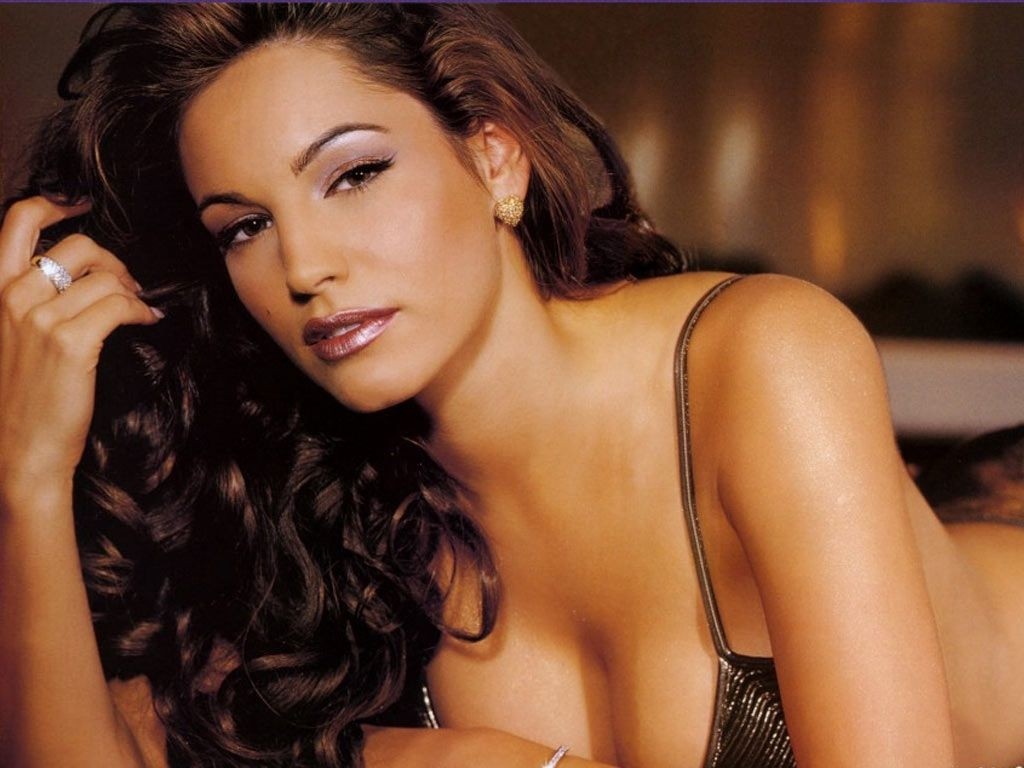 Kelly Brook (born Kelly Ann Parsons, 23 November 1979) is an English model, actress, entrepreneur, television presenter and Playboy model.
Brook's modelling career began at 16 after winning a beauty competition. She later worked on a range of advertising campaigns, including for Foster's Lager, Renault Megane, Walkers crisps, Piz Buin and Bravissimo, a company that specialises in bras and lingerie for large-breasted women. Her figure eventually caught the eye of the editorial team of the Daily Star tabloid, which began featuring her as a Page Three girl.
Brook's picture soon began appearing in other lad mags such as GQ, Loaded and FHM. She topped the 'FHM 100 Sexiest Women in the World' list in 2005, which was said to have polled 15 million people. Appearing in this list every year since 1998, she ranked #34 in 2008, #67 in 2009 and #7 in 2010. She was the cover star of FHM's World Cup 2010 special issue, and was on the cover of the magazine in April 2011. In September of 2010, Brook appeared in the American edition of Playboy magazine. In October 2010, Kelly Brook appeared live in a Clapham picture house to surprise cinemagoers as part of a promotion for Carlsberg and Sky 3D. In November 2010, Brook presented an award at MTV's EMA's in Madrid. In February 2011, Brook posed nude for Exhibition magazine smeared in lipstick. Brook produces her own line of swimwear with New Look, which she herself has modeled.
Categories: Babe, Big Tits, Brunette, Celebrity, European, Famous, FHM, Model, Naked, Playboy
Show Only: HD, Wallpapers, ALL