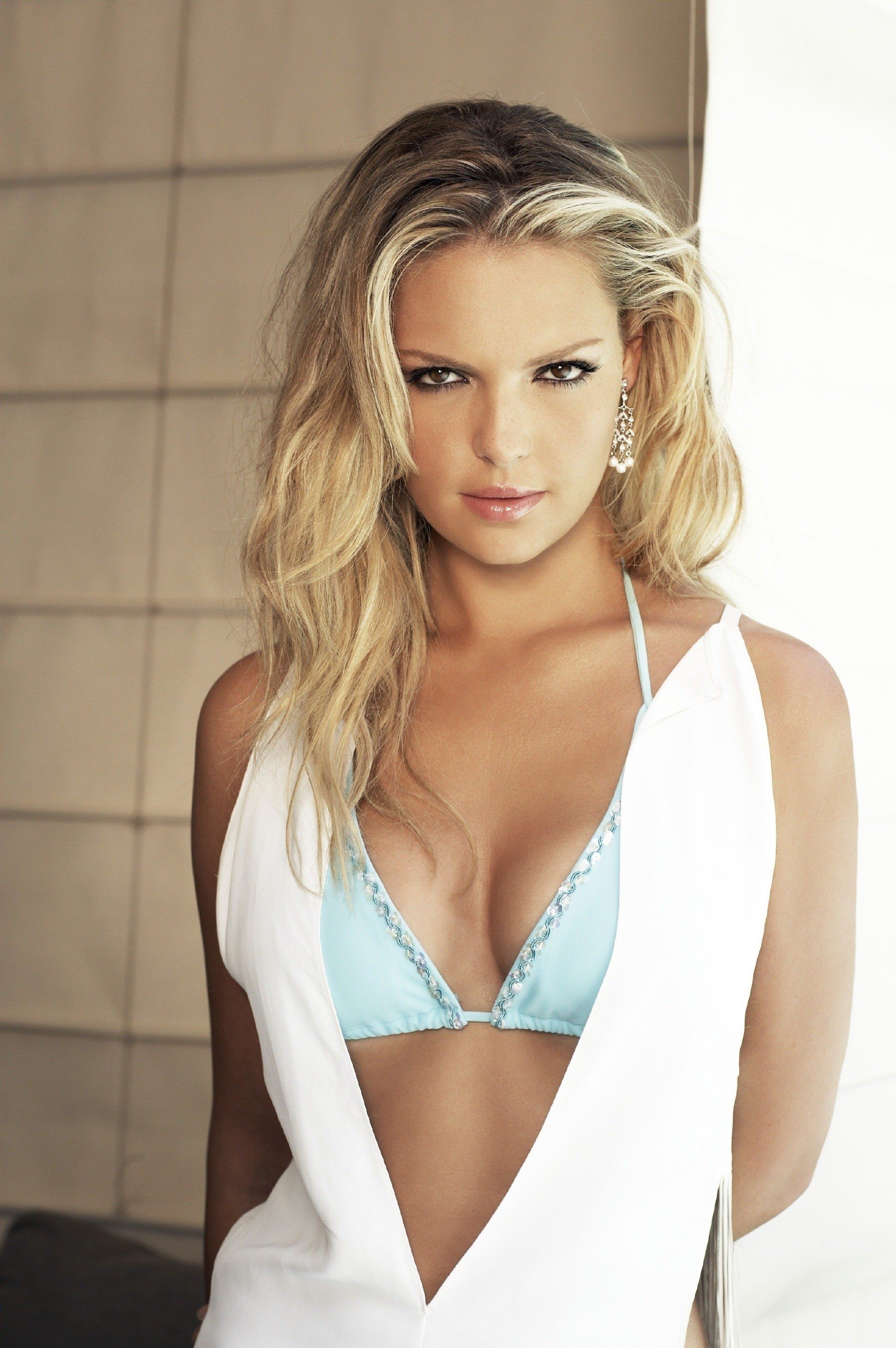 Katherine Marie Heigl (born November 24, 1978) is an American actress and producer. She is possibly best known for her role as Dr. Izzie Stevens on ABC's Grey's Anatomy (2005-2010) for which she won a Primetime Emmy Award for Outstanding Supporting Actress - Drama Series in 2007. She has also starred in films such as Knocked Up, 27 Dresses, The Ugly Truth, Killers, and Life As We Know It.
Heigl started her career as a child model with Wilhelmina Models before she turned her attention to acting. She made her debut in the coming-of-age film That Night. Heigl co-starred as Isabel Evans in the television series Roswell and movies including My Father the Hero before landing her break-out role in Grey's Anatomy. Heigl has established herself as a cover model appearing on numerous publications including Maxim, Vanity Fair and Cosmopolitan.
Heigl married Josh Kelley in Park City, Utah, on December 23, 2007.
Categories: Actress, Blonde, Celebrity, Fair Hair, Famous
Show Only: HD, Wallpapers, ALL