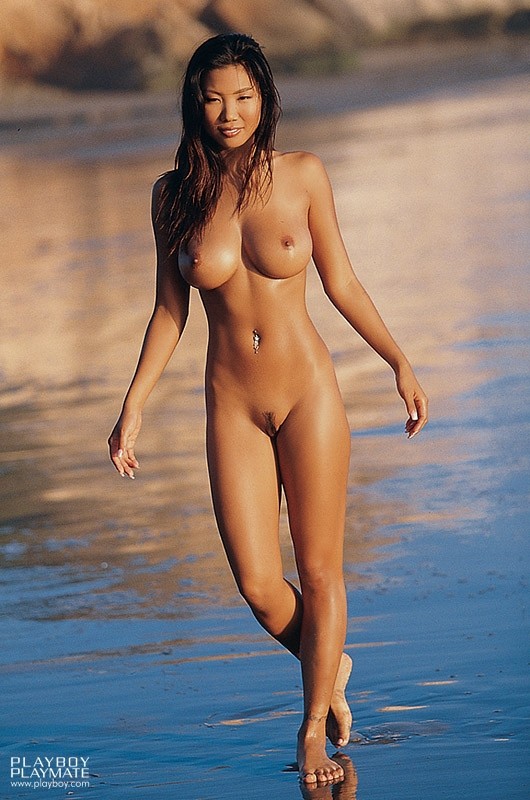 Hiromi Oshima (born 6 January 1980) is a Japanese model and in June 2004 became the second Japanese-born Playboy Playmate. Prior to her 2004 centerfold, Oshima was the covergirl of the 2003 Playboy Special Editions Exotic Beauties and appeared in a pictorial of models auditioning for The 50th Anniversary Playmate Hunt in the December 2003 Playboy. At the time of her centerfold, she was residing in Miami Beach, Florida. She is originally from Tokyo.
In addition to appearing in the June 2004 Playboy centerfold, she has also starred in a number of Playboy videos as well as Playboy Special Editions.
She appeared in the 2005 Playmates at Play at the Playboy Mansion swimsuit calendar as calendar girl of January. The calendar was the inaugural Playmates at Play calendar and it was shot on the grounds of Playboy Mansion in 2004. It was Playboy's first attempt at creating a non-nude swimsuit calendar featuring Playmates similar in style with those from the Sports Illustrated swimsuit issue. While all Playmates appeared in bikinis in the calendar, only she and Karen McDougal were sporting painted-on bikinis.
She has been listed as a Photo Production Coordinator in various issues of Playboy Special Editions. Oshima currently is one of the members of The Playmate Dancers dance troupe. The troupe is composed entirely of former Playmates.
She appeared in the music video for Nelly's "Shake Ya Tailfeather". She has also appeared in several episodes of The Girls Next Door reality show on the E! network
She was cast as herself in the 2008 motion picture The House Bunny and was in the 2009 motion picture Race To Witch Mountain.
Categories: Asian, Babe, Brunette, Model, Naked, Playboy, Playmate