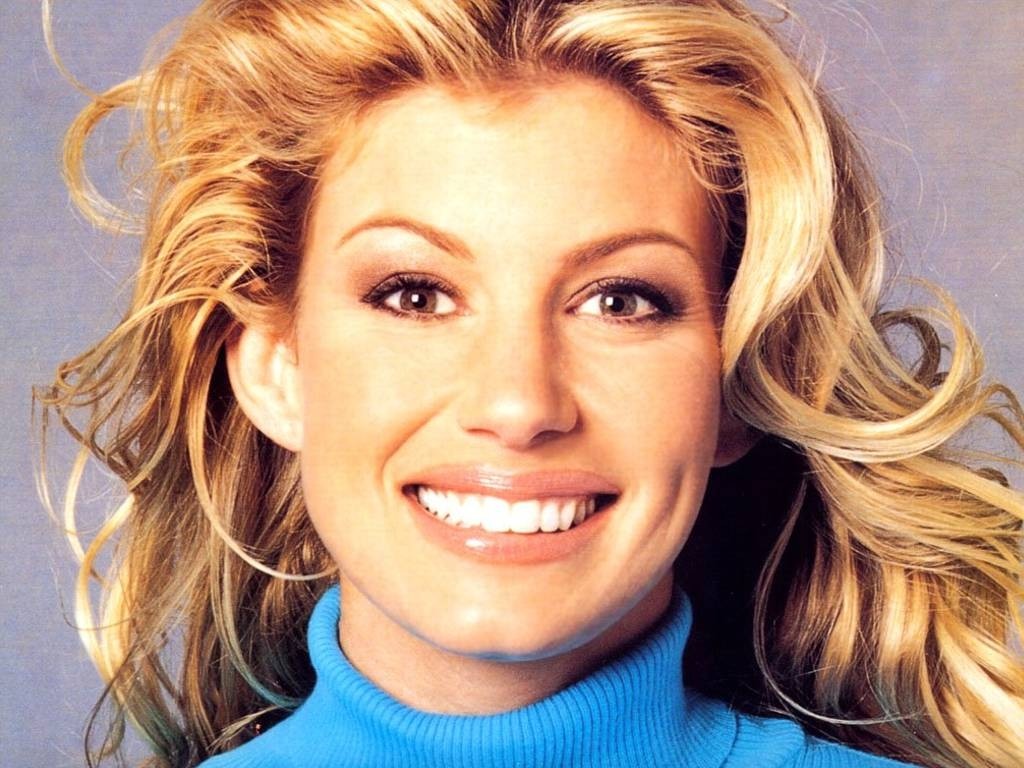 Faith Hill (born Audrey Faith Perry; September 21, 1967) is an American country singer. She is known both for her commercial success and her marriage to fellow country star Tim McGraw. Hill has sold more than 40 million records worldwide and accumulated 8 number-one singles and 3 number-one albums on the U.S. Country charts.
Hill has been honored by the Grammy Awards, the Academy of Country Music, the Country Music Association, the American Music Awards and the People's Choice Awards. Her Soul2Soul II Tour 2006 with husband McGraw became the highest-grossing country tour of all time. In 2001, she was named one of the "30 Most Powerful Women in America" by Ladies Home Journal. In 2008, Faith Hill released her first Christmas album, titled Joy to the World. In 2009 Billboard named her as the #1 Adult Contemporary artist of the decade 2000-2009. Hill was ranked the 39th best artist of the 2000-10 decade by Billboard.
Categories: Blonde, Celebrity, Singer
Show Only: Wallpapers, ALL