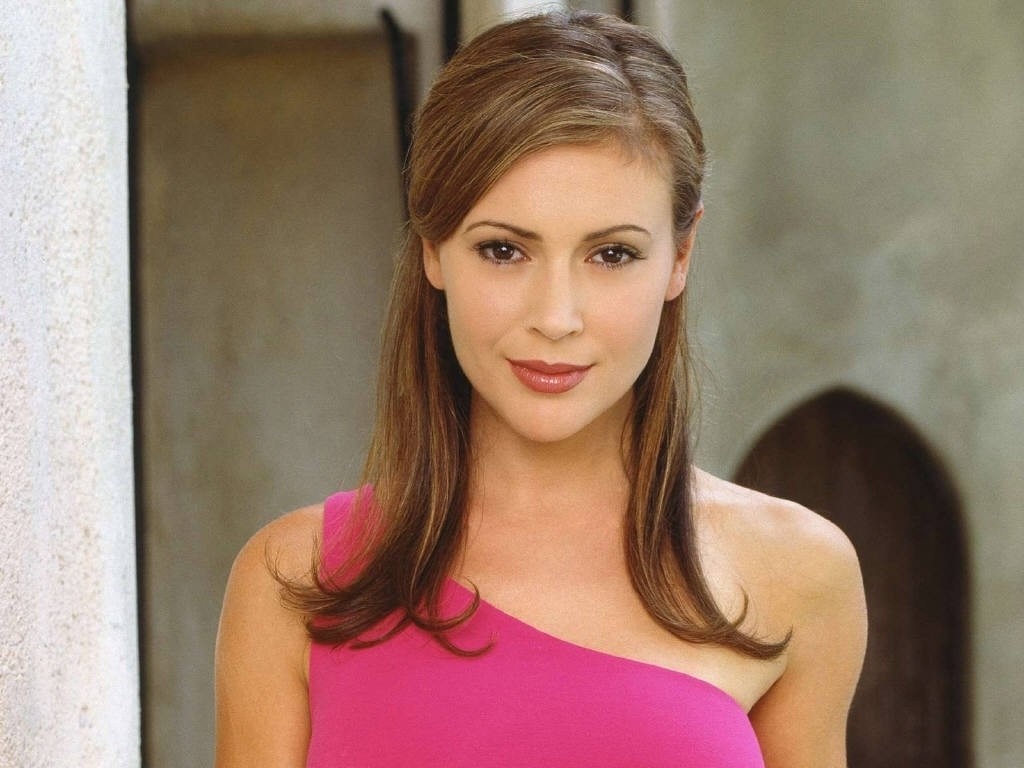 Alyssa Jayne Milano (born December 19, 1972) is an American actress and former singer. Her childhood role as Samantha Micelli in the sitcom Who's the Boss? made her famous, and an eight-year stint as Phoebe Halliwell on the supernatural series Charmed brought her a new round of fame. She was also a series regular on the original Melrose Place portraying the role of Jennifer Mancini. Milano has a female sports apparel line, Touch.
Milano has eight tattoos on her body: one on each wrist and ankle, shoulder, neck, hip, and lower back. Milano is a vegetarian and appears in numerous PETA advertising campaigns for vegetarianism. Outside of acting, her hobbies include photography, humanitarian work, and spending time with her three dogs and eight horses.
She was married to singer-songwriter Cinjun Tate of Remy Zero in 1999; they were divorced later that year. She briefly dated Justin Timberlake in 2002. After one year of dating, she and CAA agent David Bugliari were engaged December 18, 2008. Milano and Bugliari married on August 15, 2009. Milano and Bugliari are expecting their first child, a baby boy.
Categories: Actress, Brunette, Celebrity, Famous, Tatoos
Show Only: HD, Wallpapers, ALL